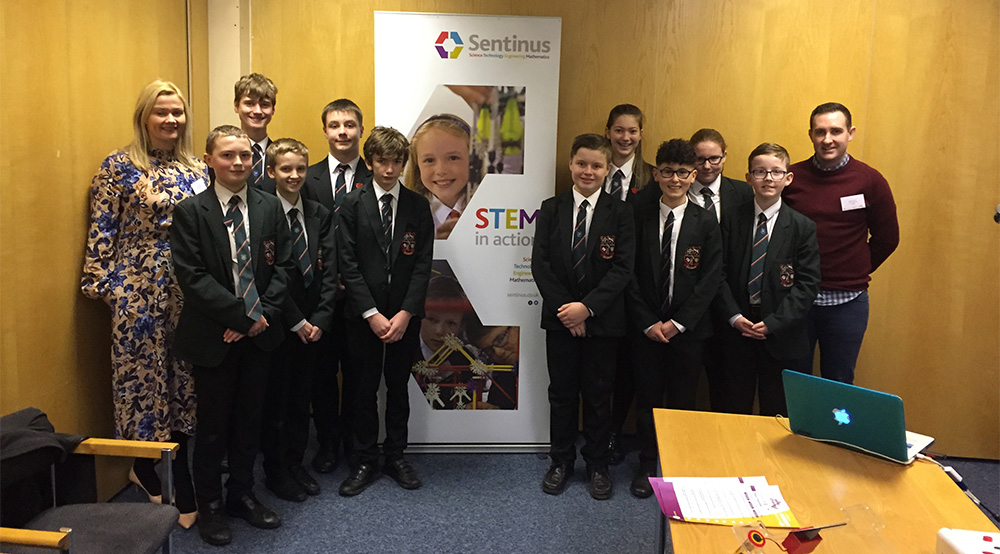 On Friday 7th February, 10 pupils from across Year 9 & 10 represented the school at the Tomorrow’s Engineers EEP Robotics Challenge. The event took place at CITB Training Centre at Nutt’s Corner, where they had to complete a series of tasks and challenges. The main aim of the challenge was to promote future Engineers, with a focus specifically on cleaning the world and making it a ‘greener’ place.

The team came into the competition as NI Winners from 2019, so expectation was high and the pupils were hopeful of success again this year.

The first task of the day was the mat challenge which is one the main aspects of the programming side of the competition. There was a series of tasks which required the robot to overcome the problems with both functional design and innovative programming. The pupils had to complete the challenge in under 5 minutes, however they fell short of this at the first attempt. Each team were given the opportunity to make adjustments and try for a second run. It was safe to say the team made the most of this chance, completing all tasks they attempted to perfection. This left them feeling confident for the remainder of the day.

The team then had two presentations to complete. One on their robot design to Engineers in an informal environment, telling them about the problems they came up against, as well as the solutions which they eventually used on the mat challenge. The second, a formal presentation about how they could clean the world and how it could be supported by new Technologies. On both occasions, judges commented on how well the team communicated their ideas across, so at this point the team had felt they had done everything they could to be successful. The other task to complete in the competition was the unseen challenge, which turned out to be 12 maths challenges which they had to complete in under 5 minutes.

The final challenge was the Speed Test. This challenge tested the pupils to build and program a robot that would travel 4 metres and stop in a designated area, before returning to the start line. The team scored well in this challenge, winning the award for fastest robot on the day.

All other tasks on the day were judged by local engineers, with the results being kept secret until being presented at the end of the day.

After all marks had been compiled and confirmed, the Cambridge Tech Connect came out on top, winning the NI Finals 2020.

The pupils were accompanied by Miss Connolly, Mr Johnston and Mr Brogan on the day.This is a fantastic achievement for the pupils, who now head to Birmingham on 13th March to represent Northern Ireland in the UK finals. We would like to offer them a huge congratulations and best of luck wishes for the UK finals!

NUMBER 1 TEAM IN NI FOR THE SECOND YEAR!