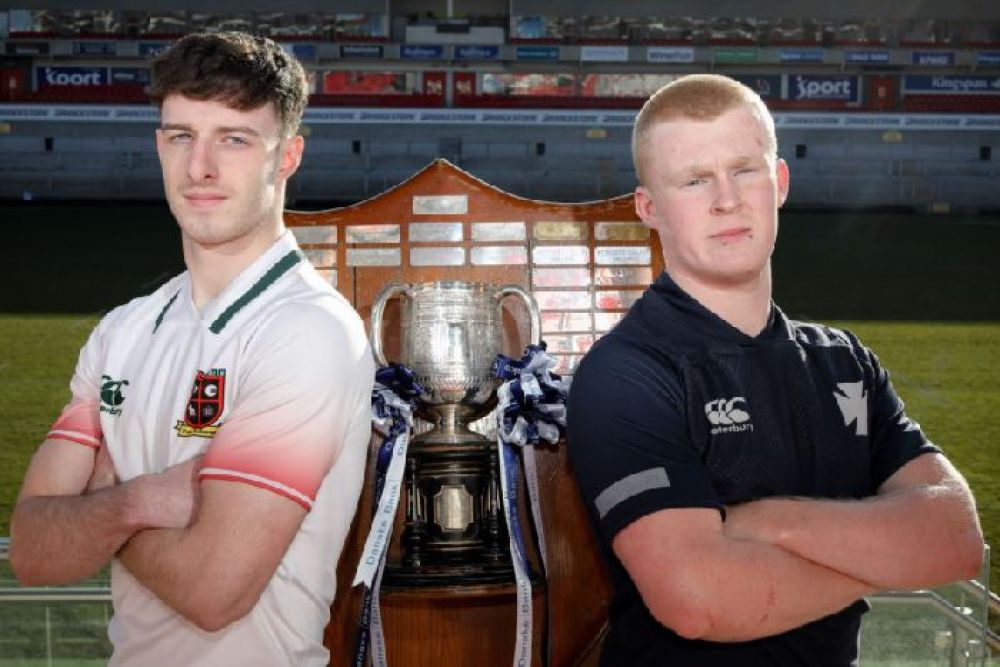 It was a case of deja vu for Cambridge House coach John Nicholl as his side drew the number two seeds in the last 16 of the Danske Bank Schools’ Cup for a third consecutive year.

The Ballymena-based school will face defending champions Methody next Saturday and Nicholl is hoping his side can cause a major upset.

“At the end of the day it is just nice to be in the last 16 for the third year in a row,” he said. “A couple of years ago we got Armagh at home, last year we got Wallace at home and now we have Methody at home and that is so exciting for the boys as it is a chance to play against one of the top schools.

“In our fixture list we don’t have the opportunity to play against some of the top-six schools.

“It’s a tough fixture against potential Schools’ Cup winners but we’ll give our all, our boys are great and they have had some good wins so know what it takes to raise their game.

“I just hope we can do that and what an upset it would be if we could knock Methody out - but we’ll just enjoy the occasion of being there for now.”

Cambridge House made it through the new group stage phase of the competition.

“We really enjoyed it and the thing we enjoyed the most was coming off our pre-season and tour straight into it before Christmas rather than having to wait for it after Christmas.

“We were drawn with Ballyclare High School, Lurgan and Omagh, we got the bonus point against Lurgan, beat Ballyclare at home without a bonus point then lost at Omagh with a losing bonus point and that was enough to get us into the last 16.

“It was quite exciting you had three big occasions rather than maybe just being knocked out in the first round and then maybe the Trophy and the Bowl, just not the same atmosphere for the boys.

“I thought it was a really good success but I can understand how it can be hard for some schools who only got one home match.

“We have already had three Schools Cup games and the big schools have had to wait for their day to come in and potentially if they win it they will only get four games.

“We have had three big occasions, one was at Ballymena Rugby Club on their first XV pitch and the boys enjoyed playing on such a great pitch then they had an opportunity to play at the school in front of a big crowd against Ballyclare and then they had the away day at Omagh.

“It was quite tense and hostile up there, it was a great match which unfortunately we lost 5-0, that showed the boys you can do it at home but you have to show up away as well and there are definitely positives there.”

Methody will start the game as strong favourites and Nicholl knows they won’t take his side for granted.

“Knowing Nick Wells, having coached with him at Ballymena Rugby Club, Methody will be ready for it and I know how serious and professional they are about the Schools’ Cup,” said Nicholl. “I just can’t wait to get them down and the supporters down and, hopefully, there will be a bit of hearty banter before it and I’m sure there will be after it.

“Our pack has been our strength this year we have an Ulster Schools’ No 8 in James McNabney - Stuart Donald at hooker and Andrew Wilson at tight head have been absolutely brilliant and that is their third year in the firsts.

“Our captain, Rhys Irvine, for me, has been one of the stand-out players of the season and has scored a lot of tries.

“Their strength is as a team, they are not individuals and they work for everything they get and that is a credit to the boys and to their families and how they have been raised.”